The fourth iteration of Rothchild’s headquarters in London, New Court is a landmark project both in the architectural world and for the banking dynasty themselves.

Working with architects OMA and Allies & Morrison, the INTRAmatting team developed a distinctive design concept for the Entrance Matting, using 45° angle profiles to create a striking visual effect and ensure optimum performance in an area with multi-directional traffic flow. Introduction of the sandblasted aluminium dividing bars provided definition to the design, and a level of finesse which suitably compliments this eminent building.

The INTRAflex XT system was chosen for the design, as a product with exceptional ability to withstand intense traffic levels and provide consistent high performance. The grey recessed cassette-brush inserts were specially introduced for the project to provide a subtle but aggressive surface to thoroughly remove dirt and moisture. 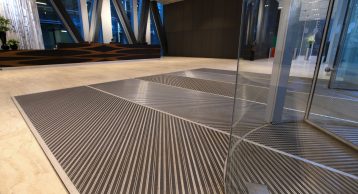 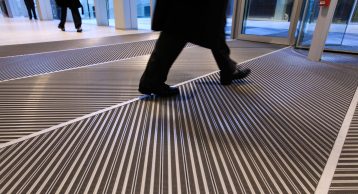 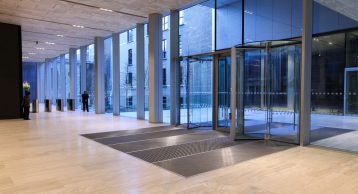 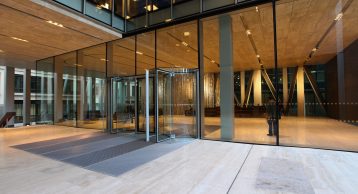 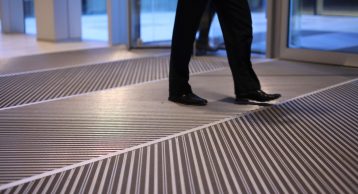 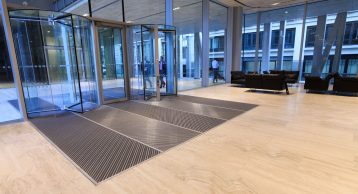 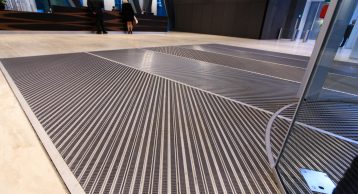 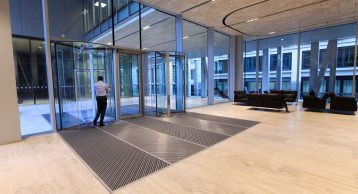 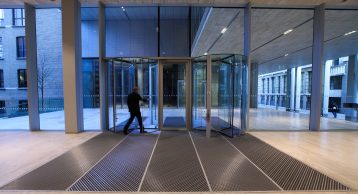 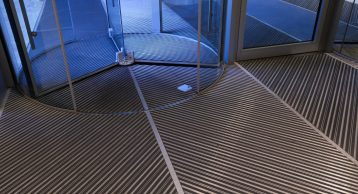 At the forefront of entrance matting design and innovation, this product has been used extensively throughout the UK at high profile locations, providing optimum durability, performance and aesthetics. 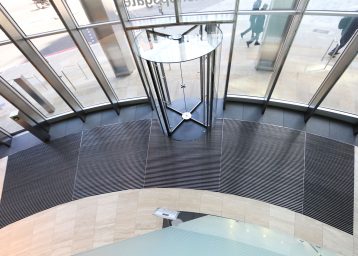 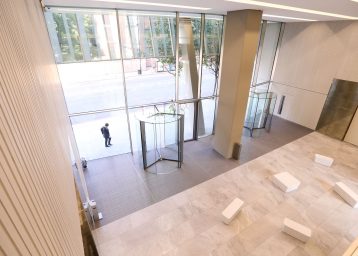 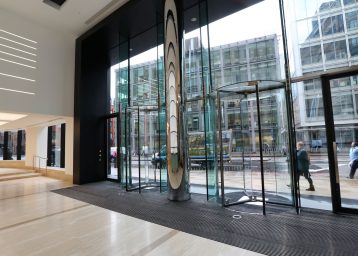